For all that's happening at Rhye Media, this is the place to be.

On the 15th of June, 2015, cPanel, Inc. released cPanel & WHM software version 11.50. This new upgrade comes with a host of exciting new features that make our server even better than before. 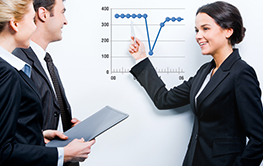 It's an unfortunate reality that the digital design field is one of many still lagging behind in female representation. A mere 17% of technology roles in the industry are filled by women, and an even smaller percentage are in positions of leadership (11.2%). Why is this, and what can we do to change it? 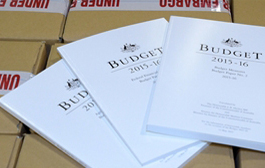 The federal budget of 2015 is in. The so-called "Netflix Tax" is now official, meaning that from mid-2017 overseas companies will have to pay GST on digital downloads in Australia. They will no doubt be passing this on to their consumers, with downloads facing a price increase of approximately 10%. This ruling can be considered a win for the government and a loss for the public, but what about the rest of the budget? It's been rumoured that the government is planning to include what's been labelled "the Netflix Tax" in this week's federal budget. Previously, GST did not apply to online purchases less than $1000, meaning that products bought and streamed online came at a slightly cheaper cost. However, all of that is set to change if this law passes with the new budget.

In September 2013, Google turned 15 and, as teenagers are wont to do, decided that it was time for a change. In one of the biggest changes in the company's history, they completely replaced their old search algorithm with Hummingbird. Now they've announced a new change, set to launch on April 21st, that furthers Hummingbird's focus on conversational searches and its users growing dependence on mobile devices. So what do these changes mean for your mobile site? Read on to find out.

Easter is here, and that means an extra long weekend! Rhye Media will be closed from tomorrow, Thursday 2nd to Easter Monday inclusive.

After 20 years of asking to be your default browser, the Internet Explorer brand is finally being retired. Microsoft's Marketing Chief Chris Capossela announced yesterday that the company is working on a new browser, codenamed Spartan, to replace the lagging IE.

After a Cricket filled Summer, AFL is back. Get involved with Rhye Media's FootyTips competition for the chance to win!